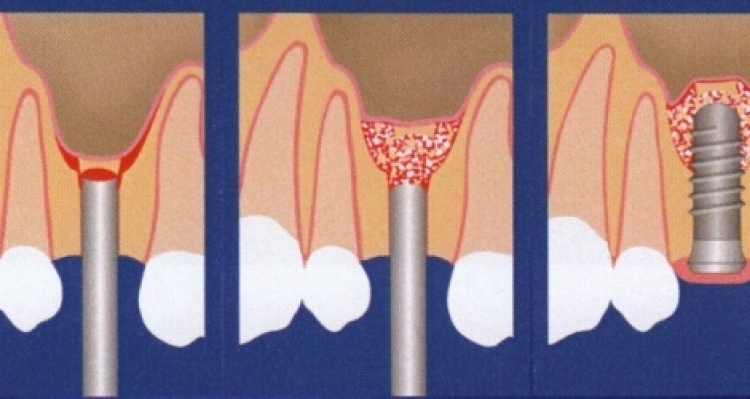 Bone grafting is necessary when there is not enough quality and quantity of bone material surrounding either the implant area or that of the surviving roots. Bone reduction occurs naturally over time and is the reason why implants should be placed very soon after extraction.

Whenever a tooth is lost or extracted a considerable amount of the bone that once surrounded the remaining root portion may disappear. This loss can be particularly rapid during the first few months and is described as 'bone resorption". Although the rate and amount of bone resorption is highly variable between individuals, it will always occur to some extent, unless specific care is taken to reduce its effects.

Guided bone regeneration or GBR, and guided tissue regeneration or GTR are dental surgical procedures that utilize barrier membranes to direct the growth of new bone and gingival tissue at sites having insufficient volumes or dimensions of bone or gingiva for proper function, esthetics or prosthetic restoration.

GBR is similar to guided tissue regeneration (GTR) but is focused on development of hard tissues in addition to the soft tissues of the periodontal attachment. At present, guided bone regeneration is predominantly applied in the oral cavity to support new hard tissue growth on an alveolar ridge to allow stable placement of dental implants..

There are times when composite materials such as cow bone (BioOss) can simply not provide enough bulk or adequately replace the amount of bone that is missing after tooth loss. In these cases, it is sometimes necessary to revert to harvesting the patient’s native bone to assist in a “live bone” replacement of the deficient area.

The most commonly used grafting procedure is an autogenous graft (harvested from the patient) and is placed in the form of a block. Hence, we have derived the terminology “autogenous block bone graft.” More often than not the block of bone is obtained from the lower jaw in the region where the third molars (wisdom teeth) used to reside. This region is called the mandibular ramus. An alternate site used commonly to obtain a block of bone is the chin.

The procedure involves removing a small block of bone (approx. 1 cm square) from either of the two aforementioned sites and transferring that bone to the area of bone deficiency. The graft is then secured with one or two tiny screws and overlaid with particulate bovine bone and a collagen membrane. The surgical site is securely closed and four months is usually given for the graft to fuse to the underlying jawbone before returning to the area to place an implant. Once the graft is mature, the grafted bone will not only house an implant in “live” bone but it will also act to support the soft tissue architecture in a manner that is both cosmetically pleasing and hygienically easy to maintain. 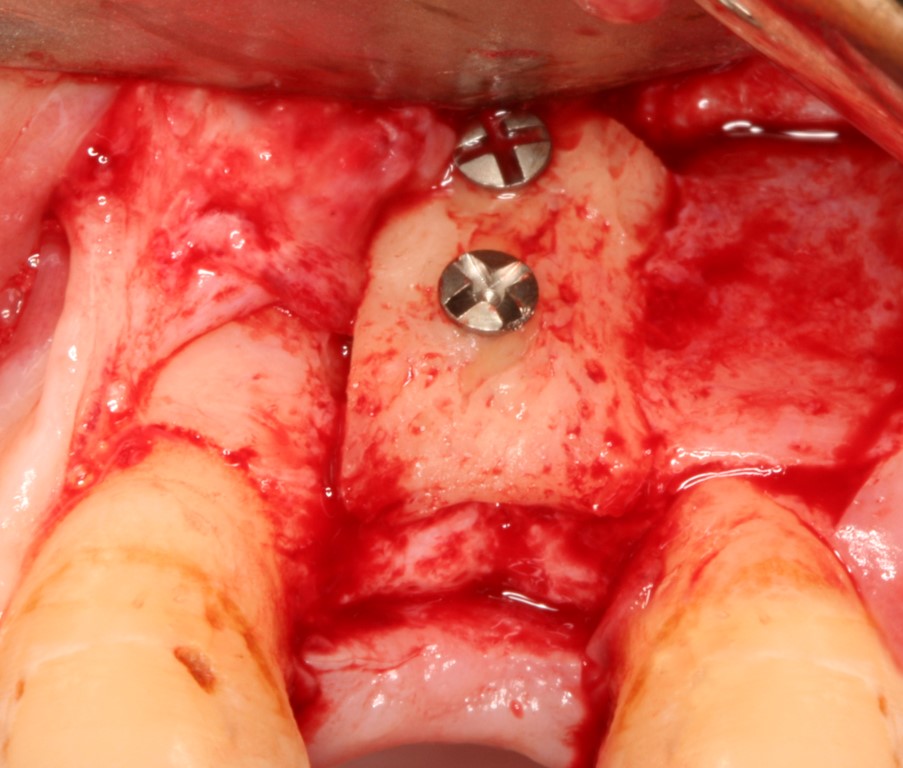 The maxilla or upper jaw has several qualities that make it unique to grafting as well as the placement of implants. The most significant difference in the maxilla when compared to the mandible lies in the presence of the maxillary sinus. The maxillary sinus is one of the several natural air spaces that are anatomically present in all human skulls. When a tooth is lost in the region of the sinus, the result may be the presence of very little bone between the oral cavity and this air space.

Fortunately, a relatively simple solution has been developed to handle this problem and render a safe, effective and stable result for placing implants. The subantral graft or “sinus lift procedure” has been performed now for many years to allow implants to be used as a replacement for maxillary molars. The patient should not fear that this will have an adverse effect on their sinuses or produce chronic sinus pain.

The subantral grafting procedure is performed by making a small window in the sinus above the roots of the maxillary (upper jaw) teeth. The integrity of the membrane lining the sinus is not violated but instead is teased upward to form a small cavity or balloon like space that can be filled with bovine bone (BioOss). A period of six to nine months is required for this bone to consolidate after having formed a scaffold for natural bone replacement. 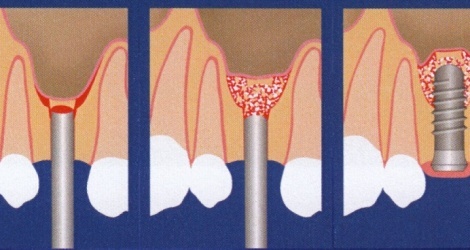